Uncategorized at By Special Me Comments Disabled

Foods To Avoid When On Paleo Diet

Paleo diet involves the intake of food products that are similar to what early man used to eat. Therefore, paleo diet allows human beings to eat what they are supposed to eat. All the ingredients of the diet are produced using organic means. Organic food is rich in fiber, omega 3 fatty acids, and vitamins. 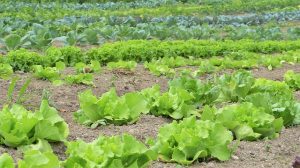 The elimination of grains, legumes, and nightshades such as potatoes, tomatoes, and pepper in the paleo diet plays a huge role in human health. Such products contain high levels of lectins. Lectins act as a natural defense mechanism for plants and they are hard for human beings to digest. Such plants become sticky once they enter the digestive system and can cause serious complications such as leaky gut syndrome which is the development of holes in the gut.

Such holes allow food particles to enter into the blood system. The immune systems attack such unnecessary products resulting in inflammations such as autoimmune diseases like celiac and rheumatoid arthritis. Symptoms of a leaky gut include gastrointestinal complaints such as bloating, gas and indigestion which can lead to headaches and fatigue.

Grains are also rich in Phytic acid which is considered anti-nutrient and is not digestible by non-ruminants. Phytic gets rid of crucial nutrients such as magnesium, calcium, zinc, and iron from the body. There are believes that it is one of the greatest contributors to the worldwide epidemic of iron-deficiency anemia. Magnesium is vital to human body since it prevents muscle cramping, zinc aids in reproductive abilities while calcium leads to strong bones. Grains such as wheat which are ingredients for most processed foods contain high levels of gluten. Consumption of gluten causes health issues such as dermatitis and increased the permeability of the gut.

The diet does not include intake of processed foods or any inorganic products. Processed food has high levels of preservatives and artificial ingredients that are unhealthy to the human body and cause health issues such as obesity. Inorganic food products are produced using modern farming methods that involve usage of fertilizers and other chemicals. Such farming products find their way to the farm products. Therefore, consuming such food puts human health at risk. Meat from animals that feed on grains contains a high amount of omega 6 fatty acids that cause modern day diseases.